The Circus Comes to New Orleans 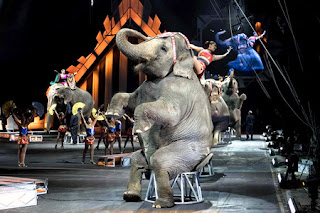 It all began in 1884 when five brothers joined together to create what has become the greatest show on earth. The Ringling Brothers have been touring the country for over a century and exhibit the most exotic animals and performers.

New Orleans is lucky enough to feature this performance at the New Orleans Arena from Thursday, June 16 through Sunday, June 19 for seven exciting shows. Witness the excitement of the circus that has captured the hearts of Americans for the past century.

The Ringling Brothers Circus features Arabian horses, the big cats from the jungle, and the famous bulls, better known as elephants. Watch as performers fly across the arena, flip over elephants, and pile out of cars. After the show, become apart of New Orleans’ very own spectacle on Bourbon Street and the French Quarter.